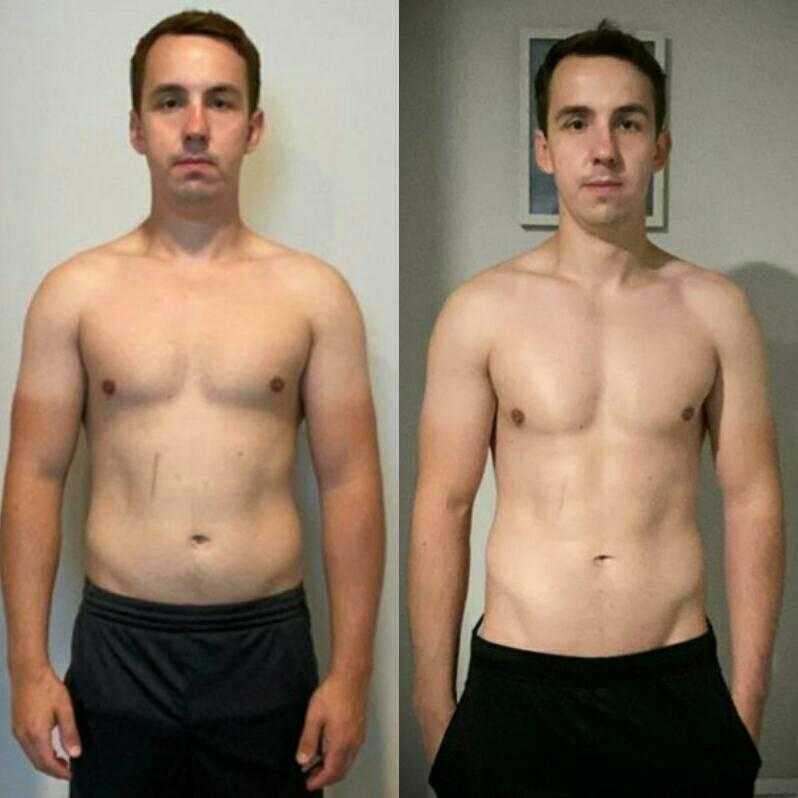 Jason Turner is a client of mine from the USA who completed my 12 week body transformation package. He is a Pilot for an Airline so does a lot of traveling, did not have access to a gym at times and could not always cook his own meals yet still managed to make great progress with a personalized plan. 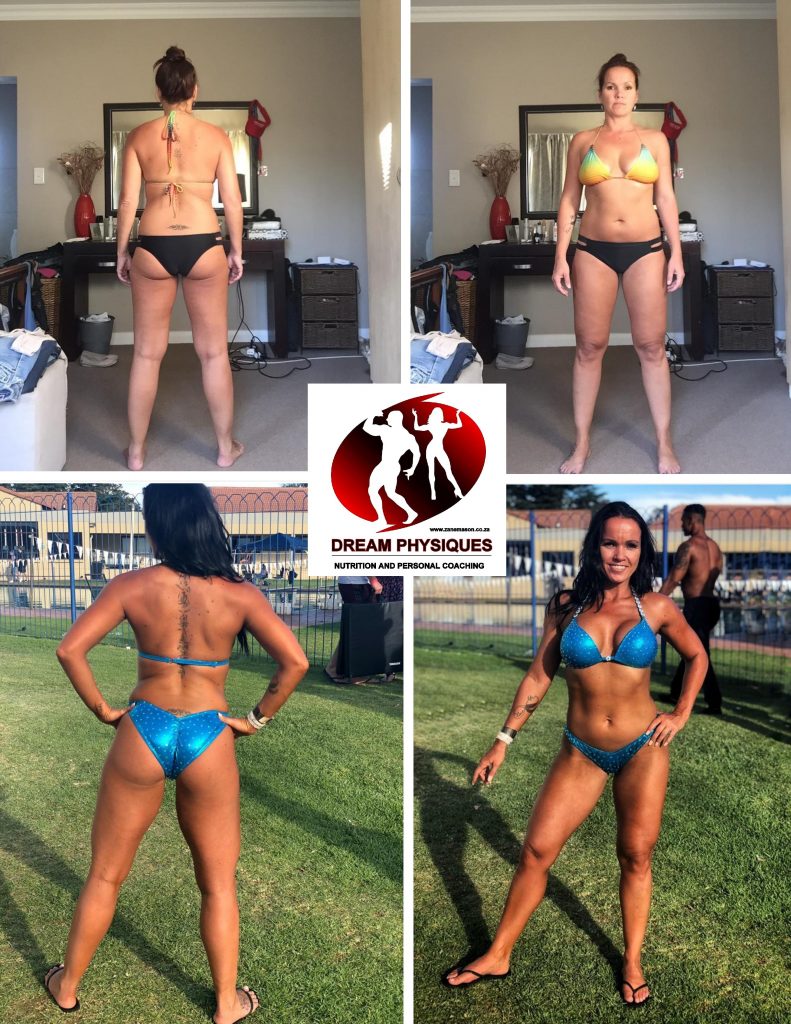 Debi Vorster has been a client of mine going on almost two years now. She decided earlier this year (2018) that she wanted to challenge herself more and enter her fist bikini contest! So we set up a plan for her to prep over a five month period. She put in hard work, dedication and sacrifice and ended up looking amazing for her first contest! She had to overcome many challenges, hardships and disappointments this past year and on top of that prepped for her first show! I am very proud of her for standing in the beach bikini division among girls a lot younger than her yet still looking competitive!
She really enjoyed the experience and has decided to compete again in the future. Looking forward to guiding her on her future competitive journey! 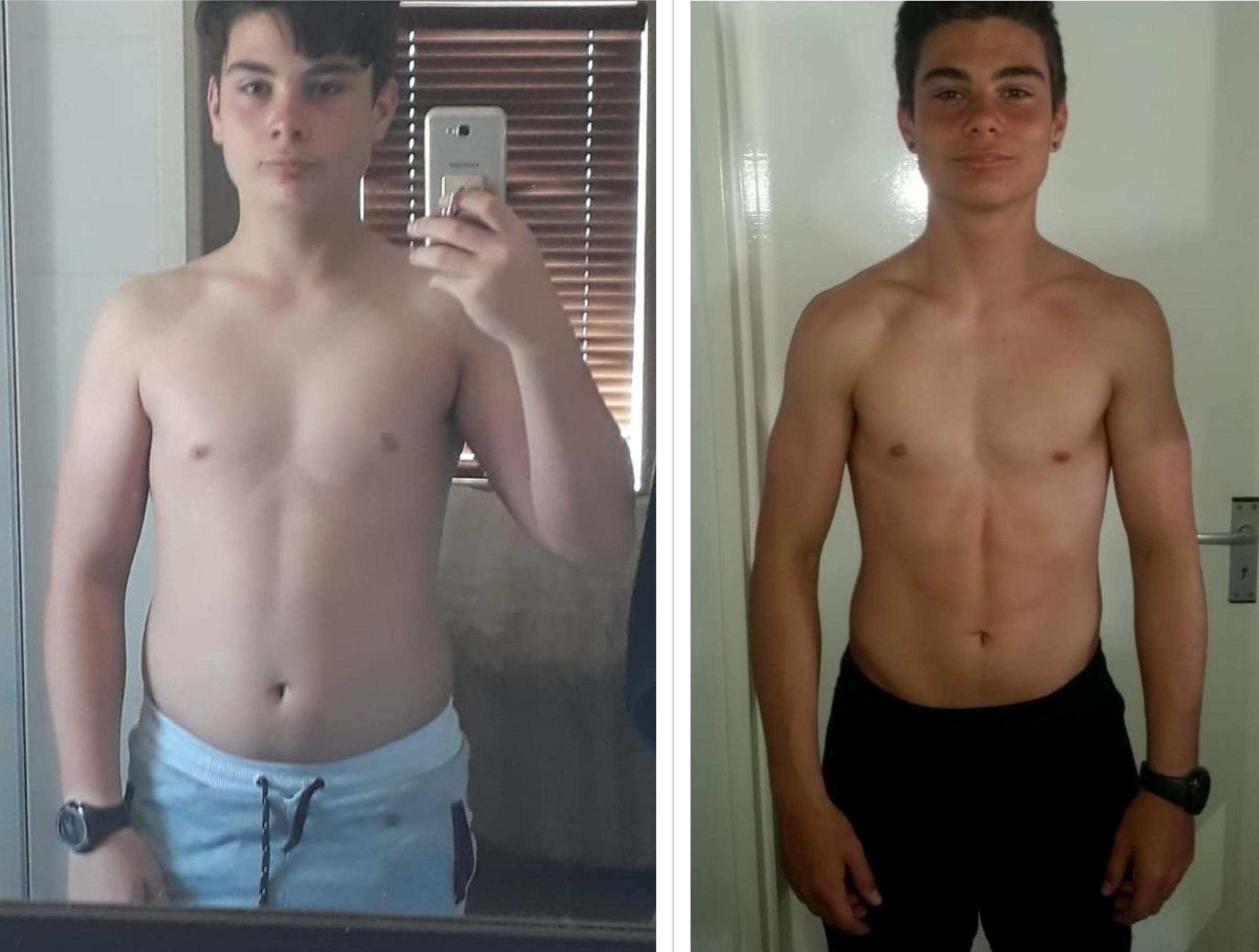 Nathan Grierson is only 16 years old yet with putting in the consistent work and following a personalised nutrition and training program he is on his way to achieving his goals. Well done Nathan I’m very proud of you!

Nathan Jacobs came to me as he was not happy with putting in such hard work in the Gym and not achieving the results he desired which can be extremely frustrating!  He started at around 12% body-fat with me and over 5 months lowered it to an impressive 4.5% and gained muscle in the process too! The results speak for themselves! 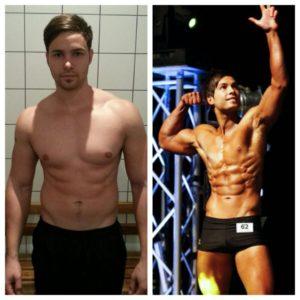 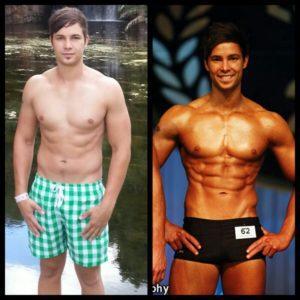 Stefano Bothma has been a client of mine for over two years and decided that he wanted to take his body to the next level and stand on stage in the Biggest Fitness competition in South Africa the Mr and Miss Fitness SA championships.

I worked with him in the Gym from the beginning of 2013 and bulked him up a bit and then 12 weeks out from the show we focused on maintaining his muscle (he actually gained more muscle) while  dropping his body-fat.

After his bulking phase he was around 13 percent body-fat and in a space of 12 weeks he stood on stage in the Model division at 6 percent body fat.
He did extremely well and placed an impressive 6th place out of 22 competitors in his first show. 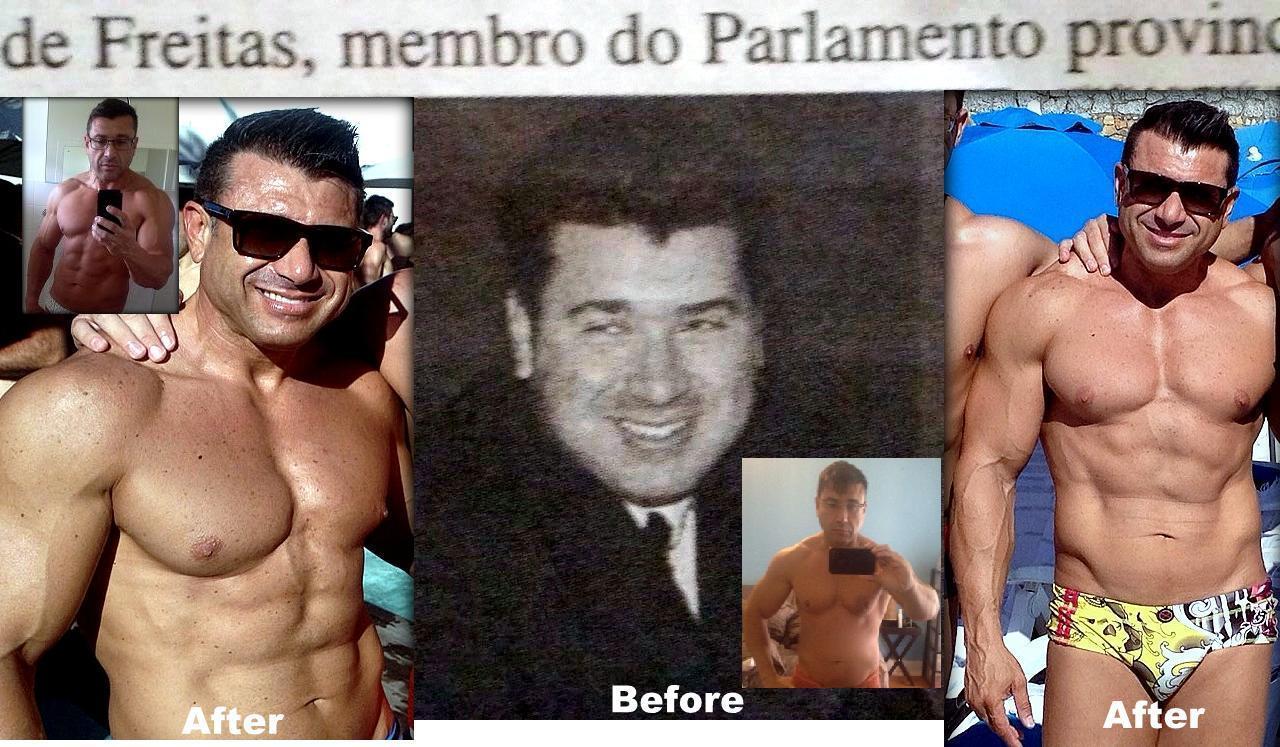 Manny De Freitas came to me as he had been training for a few years but not getting the results he was after. He had made some good gains in muscle but was after that elusive six pack abs that can be hard to attain, especially if your diet and supplementation is not optimal.

Manny has a stressful working environment in Parliament for the DA Party, so needed a plan that would suite his job and lifestyle.
He really impressed me with his dedication and consistency with his
diet and training and over a few months eventually got down to his
life time best of 6 percent body-fat and in the process, achieved his Goal
of six pack Abs.

Manny can be very proud of himself as he has achieved a lifelong goal
and carries on to Lead a Healthy and Active Life.

Dominic Van Zyl is an Online client of mine.
Here pictured is his transformation over a two year period. It takes time to build muscle and you need to be patient!
He puts a lot of hard work in the gym and also focuses on his diet very consistently.
Many people ask me what is the number one secret to changing your body like Dominic did?
My response is always there in no secrets and if there was I would have found it!
Consistency with your training and your Diet is the secret!
Dominic has struggled with high blood pressure most of his life and after losing the excess weight and continuing with a Healthier Lifestyle his blood pressure is now in the healthy range!
He continues to be under my guidance and has become a great motivation and inspiration to many people who want to Transform their bodies and improve their Health.
He has competed in multiple Body-building shows in the Classic Bodybuilding Division under my guidance. Keep an eye on this humble guy, he is certainly going places! Hannalie did a 12 week contest prep for her First Bikini Fitness Show. I am very proud of her, she worked hard in the gym and was consistent with her diet and it shows with her incredible transformation! Well done Hannalie! Johan Fourie  transformed his body in a space of 7 weeks with my help and guidance. He was very consistent with his training and diet and it shows. 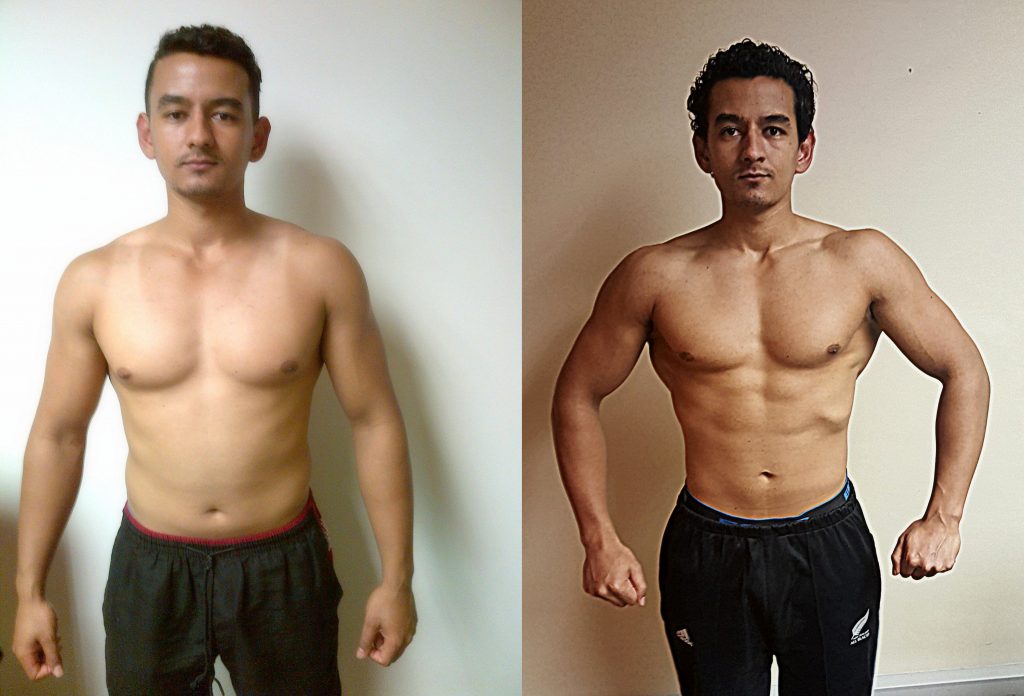 Michael Valentine completely transformed his body in the space of 16 weeks. He had tried with his own program but was not happy with his progress. His goal was to get lean and see his six pack which he finally did with my help and guidance. With some changes and tweaks to his current plan he was on his way to his goal. He will also be standing on a bodybuilding stage in the near future. 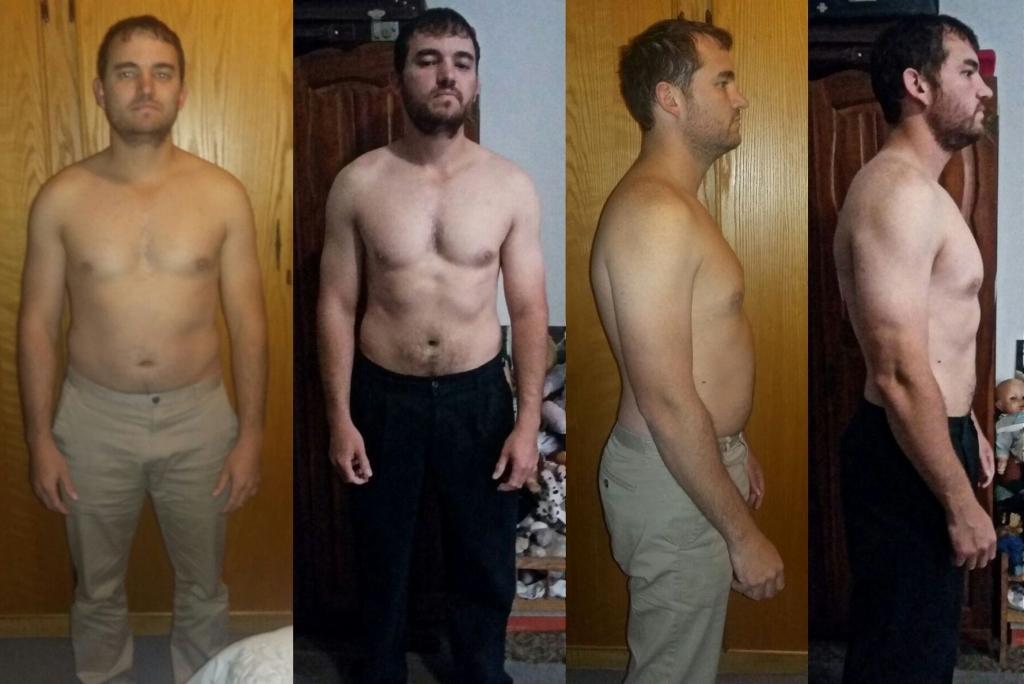 Lourie Du Preez is an Online client that made an amazing Transformation in 12 weeks with my guidance. His goal was to get a flatter tummy and some definition which he achieved. He only trained three times a week lifting weights and followed a personalized meal plan. Proof that you don’t have to live in the gym to get results! Lifestyle change is the key with a balanced approach. 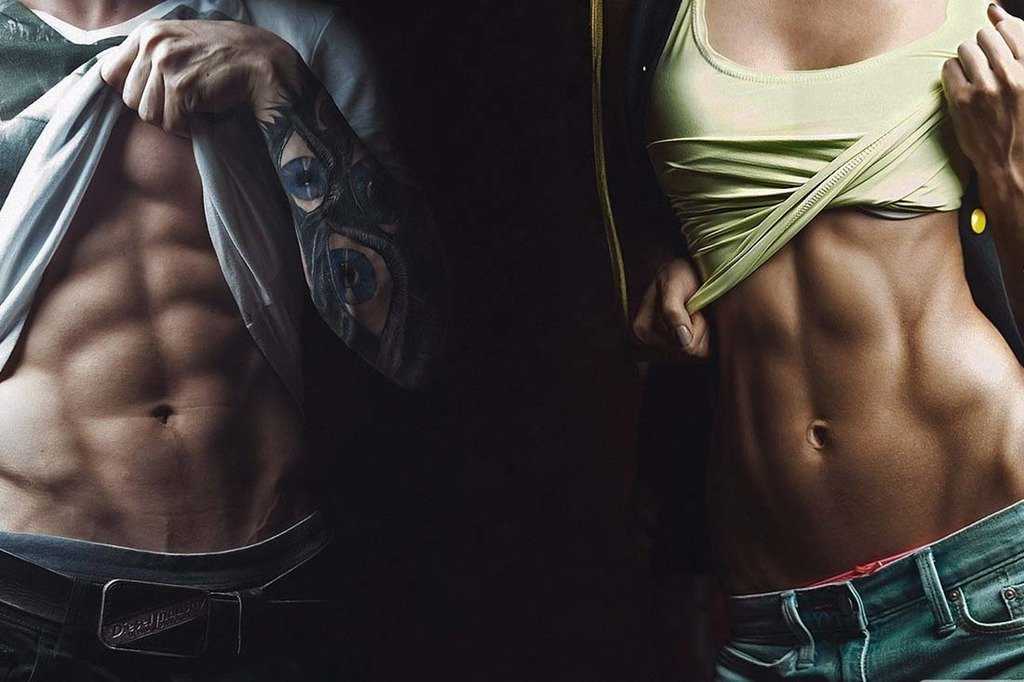